Posted at 19:11h in Experienced by firepress 0 Comments

I awoke not to the sound of the sea, but to the incessant roar of car traffic. After packing up, eating breakfast, and talking to Johanna on the phone, I dragged my truck out of the woods, across the meadow, back onto the road. There I walked stuporously along my way. This led me eastward, crossing a broad valley bordered on the north and south by impressive mountain walls. 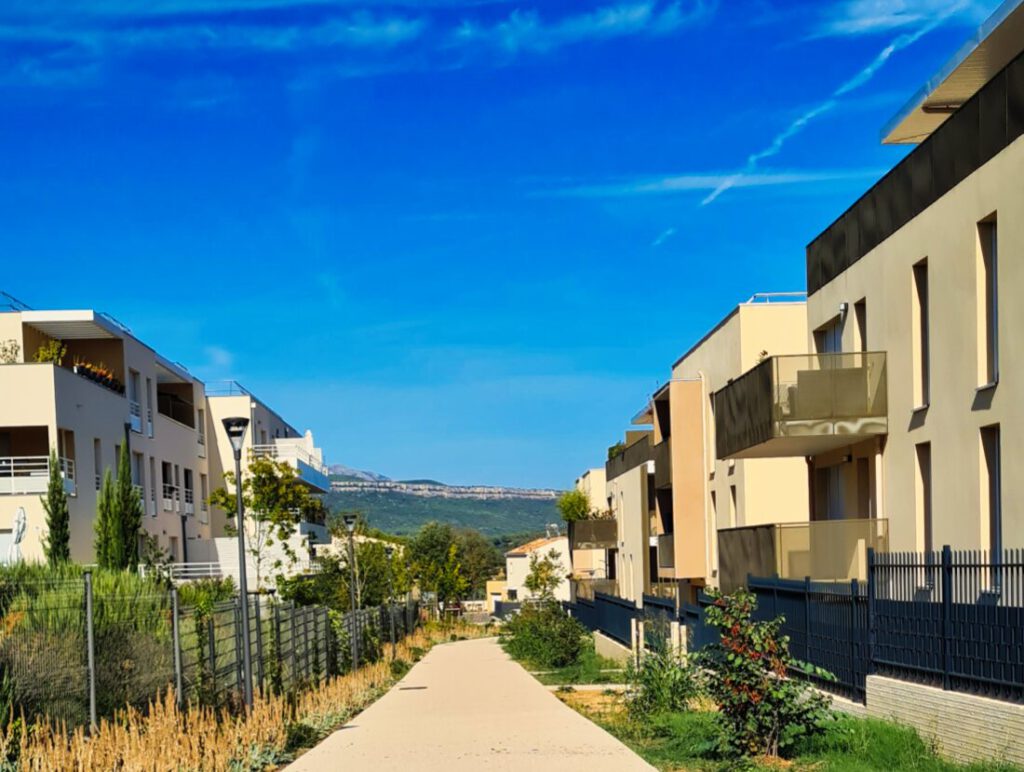 In one of the towns to pass through, I thought how cool would be a cold drink now! Not three minutes later, I walked past such a small bar/cigarette store. The two seemingly belong together, but are often separate, probably due to tax or other constraints. Anyway, they just opened again, it was 16:00. I went to the cigarette store, bought an iced Schweppes Agrume for 99 cents and asked for ice. The nice lady denied this and went with me to the bar next door. There I got a delicious vanilla/coffee ice cream for one euro. I sat on a chair in front of the stores and enjoyed it, this friendliness, the drink, the ice cream and then more and more locals came. Everyone was greeted warmly, and I was included. It was a great moment, a moment that will probably stay in the heart forever. Only the body had quickly forgotten him again, because I had to continue and the way dragged, it became long and longer, my strength dwindled, even the beautiful towns high up on hilltops no longer moved me to stop and marvel, stupide want to arrive, was the thought.

Although the arrival point was not a fixed destination, it should at least give me a reasonably quiet night.

Once again, I ran through a town whose essay-like name, I in my lethargy, could not even finish reading at my running speed, let alone pronounce it correctly in my mind. Leaving this locality, it gave, the otherwise narrow car road, a separate two-lane bike lane. I reduced my walking speed and literally enjoyed the required carelessness. The sun had also done a great job today and decided to set. That’s when I noticed a small overgrown piece of land, with a few trees, tall grass, seemingly between two properties. My lack of strength gave me the lmaA attitude I needed to set up my hammock within sight of houses, right on the bike path and surrounded by yapping dogs. Here I learned that the further the distance of the trees, the higher you have to hang the mat, otherwise you sit or lie on the ground. On the sleeping pad I fell asleep pretty quickly, but woke up a few times because of dogs, motorcycles and cars.